In last summer, one of my friends coming from Fuzhou city, Fujian province visited me in Chengdu. We haven't seen each other for more than 10 years, tired of the hustle and bustle city life, she was eager to find a place near Chegndu where she could slow down her paces, then I recommended her a hundred year old tea house at a suburban county close to Chengdu, Pengzhen Town Guanyinqiao Tea House. 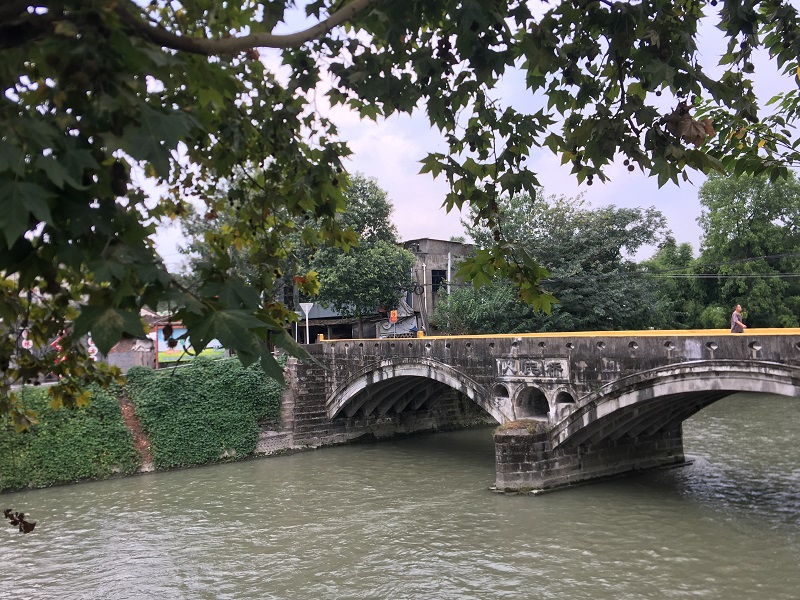 Drive out of the Chengdu downtown for about 40 minutes, we arrived at  Pengzhen Town of Shuangliu County on the Western Sichuan Plain.  Compared with the crowded Chengdu city, this town is really small and peaceful, people  in town are less busy than in big cities. After asking several locals, we finally got the way to the old tea house. The tea house is just several simple shacks seemingly pretty old. 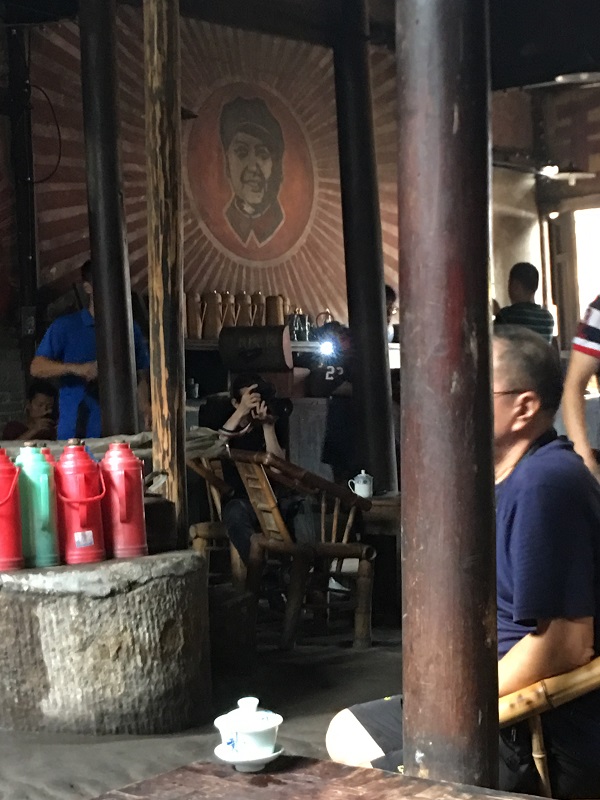 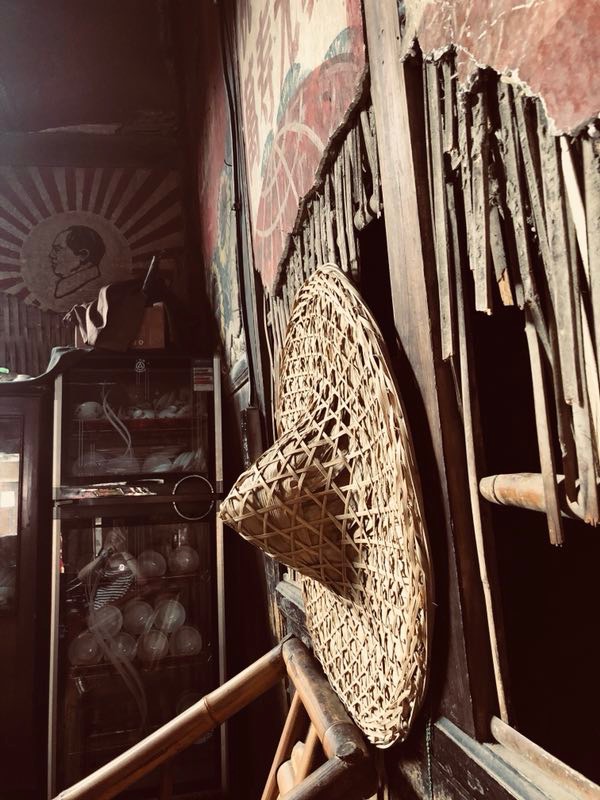 Then, we walked into the teahouse and talked with the teahouse waiter, he told us that the tea house has a history of more than 100 years. Originally, it only served the  local tea drinkers. It was called Guanyin Pavilion before the Cultural Revolution. Now, the paintings of Chairman Mao’s image are still on the walls of the tea house, and we can also see the communist slogans left during the cultural revolution. 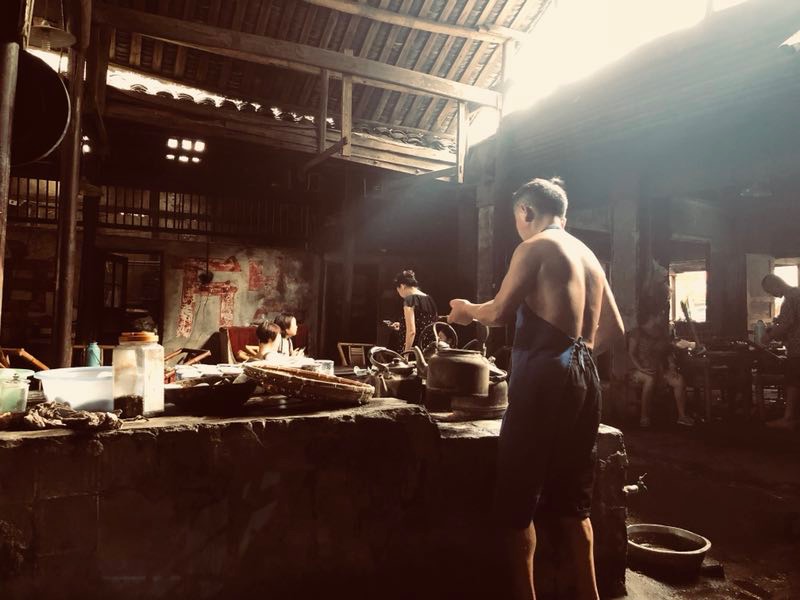 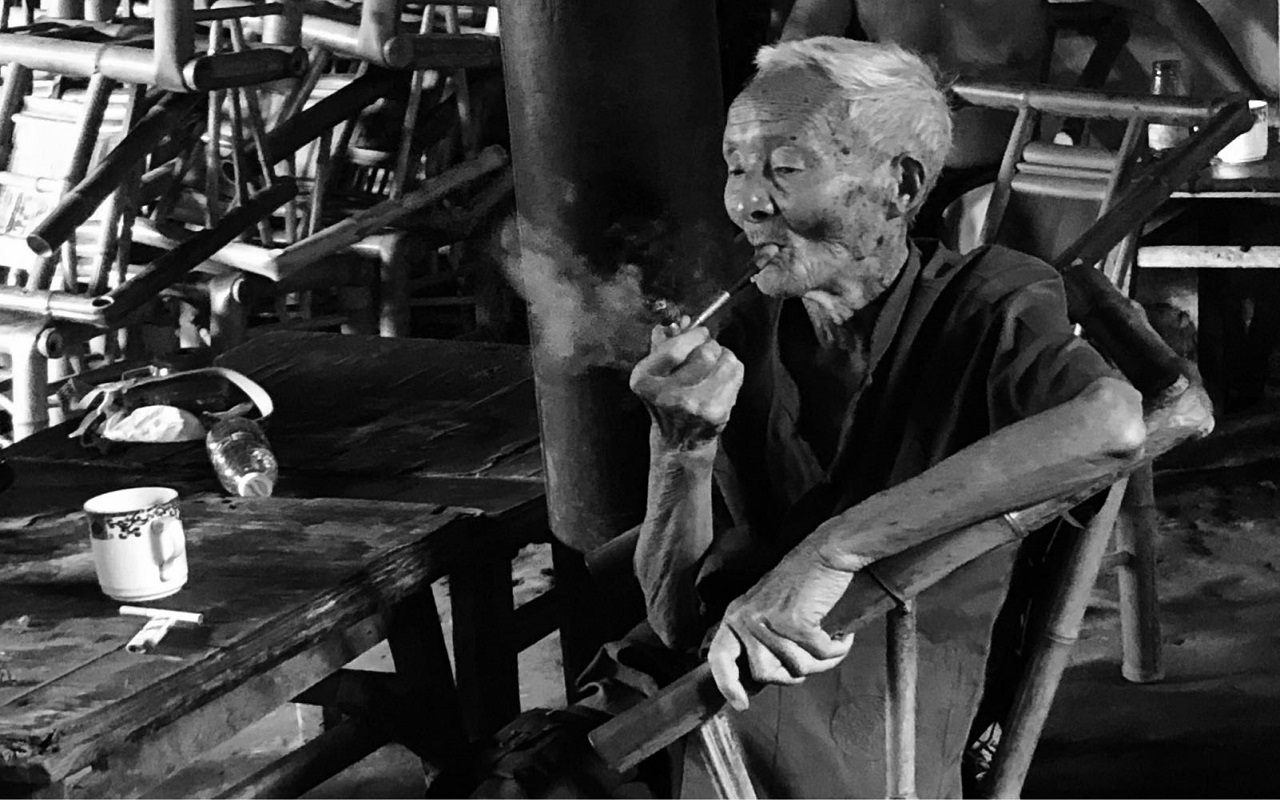 The ancient teahouse has a cozy ambience and a simple layout, tea drinkers here are always calm and relaxed, seems they are faraway from the noisy and busy city life. The shop’s small square wooden tables, tiger-shaped stoves, three-piece topped tea sets remain unchanged in the shop's hundred-year history.