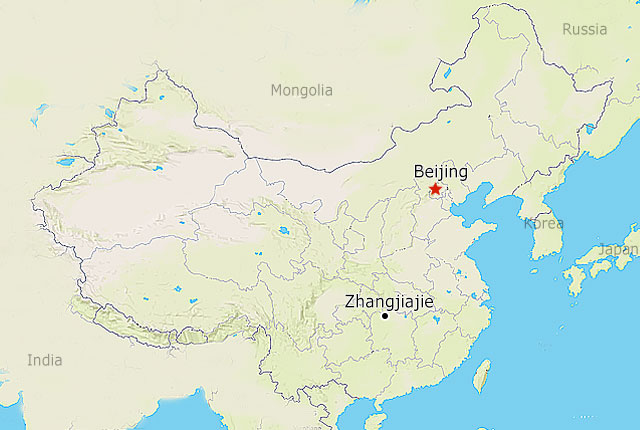 more than 1,000 kilometers from both Shanghai and Beijing. Zhangjiajie is famous for its sharp towering peaks, which are composed of a large area of peak forests, limpid streams and lakes, dense primitive forests, and large karst caves.

In 1982, Zhangjiajie National Forest Park became China's first national forest park and it has been well preserved as its primitive landscape till now.

Zhangjiajie got well-known for foreign travelers after the Holywood movie Avatar. The Hallelujah Mountain in Avatar is an imitation of  Heavenly Pillar in Zhangjiajie National Forest Park. Acturally, there are many attractions in  Zhangjiajie National Forest Park,  including Huangshi Zhai, Golden Whip Brook, Yaozizha Village and Yuanjiajie etc. The park not only has natural wonders, but also rich animal and plant resources. Thus, it is known as a natural botanic garden and kingdom of animals. With the development of tourism, the park has changed over time. It has become an entity of agriculture, forestry, business and tourism.