Xian is the capital of Shaanxi province, located in central-northwest 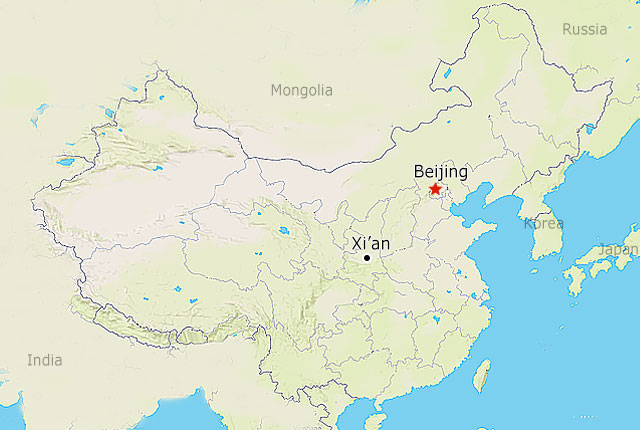 of China, it has long been known as  an eternal city, Called Chang'an in ancient times.

During Xian's 3,100 year development, 13 dynasties placed their capitals here, which has left abundant cultural relics and sites on this land.

The Terra-cotta Warriors and Horses is praised as 'the Eighth Major Wonder of the World', ; Shaanxi History Museum, a large modern museum at the national level, is a good place to learn the history of Xian, even the whole China. Situated on the central axis in downtown, the Big Wild Goose Pagoda is a giant architectural complex in the Tang-dynasty style.

Traditional downtown of Xian lies in the area encircled by the Ancient City Wall,  but now with the rapid urbanization,the downtown has been expanded to encompass the area within the second ring road. The Bell Tower is geographical center of Xian, and the four main streets are respectively Dong Dajie(East Street), Xi Dajie(West Street), Nan Dajie(South Street) and Bei Dajie(North Street) compose the main prosperous commercial area.